The village of Uffington in Oxfordshire lies on the edge of the Vale of the White Horse, just north of the Berkshire Downs and south of the A420 linking Oxford and Swindon. Overlooking the village is the famous White Horse, a marvellous chalk figure which was cut into the hillside an estimated 3000 years ago.

The village has a fine church, known as The Cathedral of the Vale, an excellent museum and a large village hall used by many local groups and for a range of outside functions. The village also organises and hosts the famous White Horse Show during Sunday and Monday of the August bank holiday each year. The village shop and post office, located next to the village hall, stocks food and general supplies, newspapers and magazines. National Lottery tickets are also on sale.

Uffington has literary connections too. John Betjeman, Poet Laureate, lived in the village and Thomas Hughes, author of Tom Brown's School Days, was born at Uffington vicarage. Several of Hughes' books are based on local people and places and the museum is actually housed in the school featured in his most famous work.

The whole area is filled with historic interest and information on the church and museum, the White Horse and all local historic sites including the nearby Ridgeway Path, Uffington Castle, Dragon Hill, Wayland's Smithy and Ashdown House can be found here. 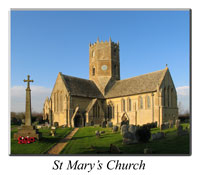 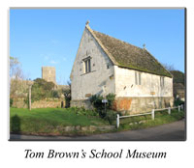 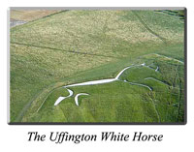 A new window will open with the complete list. A separate tab lets you see all previous newsletters and there is a link to sign up.