The annual White Horse Show was established to raise funds for a new village hall for Uffington, and 2015 marked 40th anniversary of the official opening of the Thomas Hughes Memorial Hall on Broad Street, Uffington. Today the ‘THMH’ is very much the centre of village activities and events, and is still supported by the funds raised through the White Horse Show as are many other causes of the Parishes of Uffington, Baulking and Woolstone, granted by the White Horse Trust.

The reason why the Show started

The Hall was built because of the vision and foresight of the founders of the White Horse Show. They started the Show in 1972 with the determined objective to replace the old condemned munitions hut village hall. Since then, countless functions and activities have taken place at the Hall, enjoyed by various branches of the community. In 1980 a further function room was added and in 2010 an enlarged kitchen and permanent stage extension was undertaken. The Hall's utilisation has gone from strength to strength and further plans are in place to keep it viable and benefiting the community for the next 40 years. These include a renewable heating system, a roof PV system and improved roof insulation.

The body of Trustees who oversee the Charity

The proceeds of each years’ show, after costs, are paid to the White Horse Show Trust, which was established to help community organisations in the villages of Uffington, Baulking and Woolstone.  Once the Thomas Hughes Memorial Hall was completed, it was decided the Show should continue as an annual event with the proceeds going to local causes via grants awarded by the Trust, selected from submissions made by community associations, clubs, the churches and the like.

For example in 2014 the trust awarded grants totalling over £50,000, including the opening up of Baulking Church for community use (£25,000); development of Uffington Primary School library (£13,600); publication of “The Uffington Enclosure Award” (£3,750); and repairs to Tom Brown’s School Museum roof (£2,000). Smaller awards included Uffington Football kit (£400), and a bowling machine for the Uffington Cricket Club (£180).

About the actual event

The Show is organised by a Committee of unpaid local volunteers, led by the Show Chairman, who meet monthly to plan and organise the two day event, held each year over the August Bank Holiday weekend. Each Committee member has a key area of responsibility and the pre-planning begins just a few months after the end of the prior event, working up to the actual physical build of the showground in the weeks immediately before the Show. At this time the core committee of about 20 people will be bolstered by many other volunteers, culminating in the actual event when around 60 people will be helping, covering everything from carpark duties to health and safety; completing the myriad of jobs that ensure the Show runs smoothly, safely and enjoyably for all.

In advance of the event extensive pre-promotion is organised, including adverts in local papers and via new media, plus over 100 bill boards and large hoardings in key locations to attract visitors. This promotion will highlight the pre-booked main attractions which over recent years have included the Red Arrows, the Battle of Britain Memorial Flight, stunt planes, motorcycle displays and more. The core of the Show is however based around traditional country show values, with multiple trade stands selling and displaying a vast range of food and other items, have a go country pursuits and of course animals and birds, whether it be the popular Heavy Horses or falconry displays, and of course dogs, plus much more for all age groups. The Show motto is: “Countryside, family and fun.”

WHAT COULD YOU DO FOR THE WHITE HORSE SHOW?

The Show relies upon volunteers to organise and run it, whether as Committee members throughout the year, as a specialist (eg: internet-web) offering a service; to assist at Show time with the build and breakdown of the showground or to help over the two days of the actual Show in some capacity.
As the villages of Uffington, Baulking and Woolstone directly benefit from the monies raised at the Show by way of funding community facilities for all parishioners, this is a great way of giving support to your own environment and for the benefit of you, your family and your fellow residents.
If you would like to volunteer, or could offer a service for free or through your business, then please contact the Show Secretary, Samantha Beynon:

HOW DO YOU APPLY TO THE TRUST FOR FUNDING?

If you are or represent a community service, club or similar within Uffington, Baulking or Woolstone you might be eligible to apply to the Trust for funding. To find out more please download and read the Guidance Notes below and contact:

To find out more about the next Show, please visit:
www.whitehorseshow.co.uk which is regularily updated as the Show draws near. 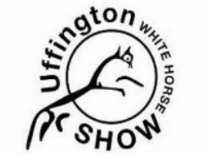 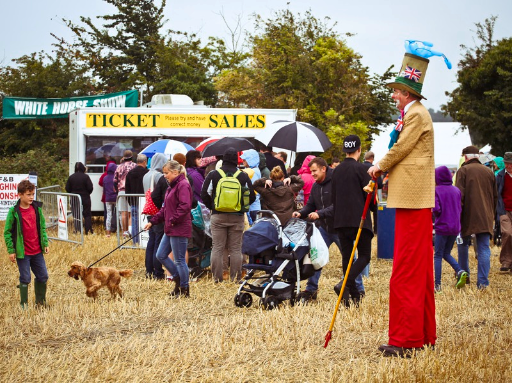 Roll Up, Roll Up 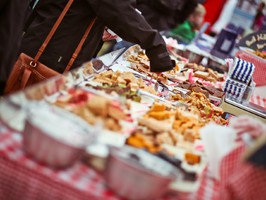 supported by you and for you 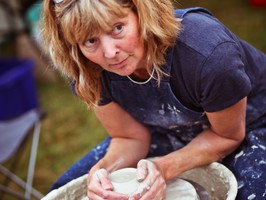 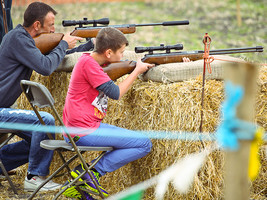 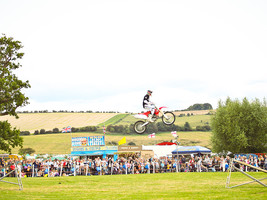 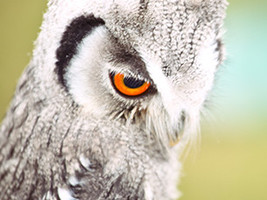 The White Horse Show owns a 6m x 12m framed marquee with full sides. Whilst we use this over the Show weekend, it otherwise spends the rest of the year in storage and is available to hire at a very reasonable rate.

The charges are as follows:

All damage needs to be paid for but most people’s home contents insurance is likely to cover it.  Because the erection and striking is not entirely straightforward and we want to limit its damage, we do offer the help of a couple of volunteers who know how to put it up.