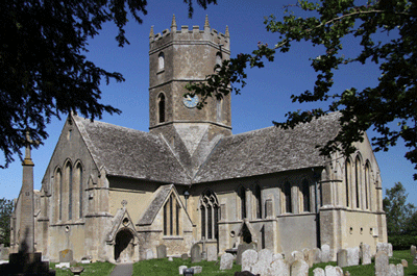 St.Mary’s Church exists to celebrate the love of God and to meet the spiritual needs of the whole village community.  All visitors, friends, children and those with special needs or disabilities are welcome to the church and not just for weddings, baptisms or the Christian festivals.

The church is open in daylight hours for prayer and reflection.  It is accessible to wheelchair users and there is limited off-road parking for the disabled.  There is a sound loop system, a toilet and kitchenette.

A brief history of the Church

Uffington Benefice comprises four parishes which along with Uffington itself includes Baulking, Shellingford and Woolstone. The Vicar of Uffington, the Reverend Jeremy Goulston, has responsibility for all four parishes, and is assisted by the Ministry Team. Our 'local' bishop is the Right Reverend Colin Fletcher, Bishop of Dorchester and we are part of the Deanery of the Vale of the White Horse in the Diocese of Oxford. 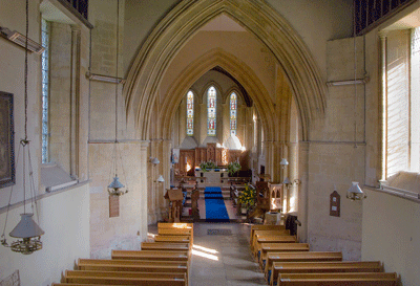 From February 2017 services in St. Mary's Uffington will be at 10am, apart from on the 4th Sunday when Holy Communion will be at 11am.

Services in the other churches in the Benefice are: 8.45am in Baulking, 9.30am in Woolstone, and 10.15am in Shellingford, with an Evensong in Woolstone at 6pm on the 1st Sunday in the month.

If you would like to receive the Weekly Sheet directly, please send an e-mail to weeklysheet@outlook.com

The benefice website is www.uffingtonbenefice.com which has details of all services, the Weekly Sheet as well as links to the the Zoom and YouTube Livestreams. 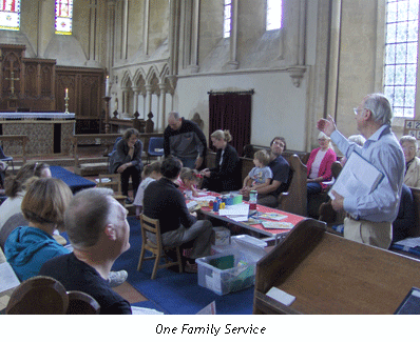 All villagers and visitors are welcome at any of our services.  Of particular interest may be the Benefice Communion in Uffington on the 2nd Sunday.  We run a special Family Service in Uffington or Woolstone on the 3rd Sunday, and in Shellingford on the 4th Sunday.  These services are informal and based around a theme from the Bible and pertinent to everyday life. Songs, drama and reflection form part of the service with activities and teaching for all ages including small children. 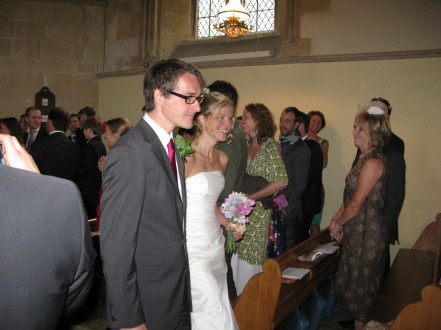 Marriages:  St. Mary’s is a superb setting for a wedding,  In the past we have accommodated over 250 wedding guests in the church.

Baptisms: We look forward to welcoming babies, children and adults into the church through Baptism, and we value the commitment of parents and godparents to bring up children in the Christian faith. 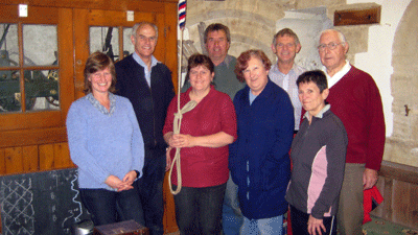 There is an active band of bell-ringers who practice on Tuesday evenings, and ring at most Sunday services, and are available for weddings.

We work hard to maintain our beautiful 13th century church and churchyard with a willing band of volunteer sidesmen and women, readers, bell ringers, cleaners, flower arrangers and those in the churchyard working party.

A work party meets on the 4th Saturday of each month keep the surrounding areas clear by trimming long growth around stones and walls and keeping paths and gullies clear - all areas which cannot be mowed. If you have a few hours to spare and the necessary implements such as a grass-hook, shears, secateurs, rake, fork, work gloves etc then please contact Graham on 820379. 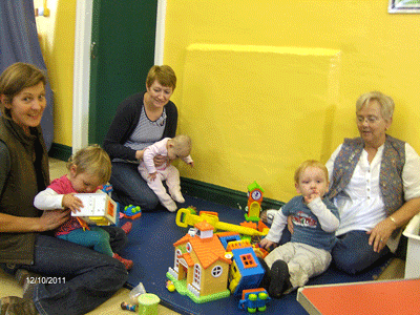 St. Mary’s plays a central part in the life of the village, particularly during Christian festivals.  Members of the Ministry team conduct assemblies in the school and services in the church on special occasions for the school.

Community coffee mornings are held in the school twice each term.

Fund-raising activities include weekly summer lunches during June and July, teas on Sundays in the church from June to September inclusive, an Autumn Fair and Auction, a produce stand at the White Horse Show. 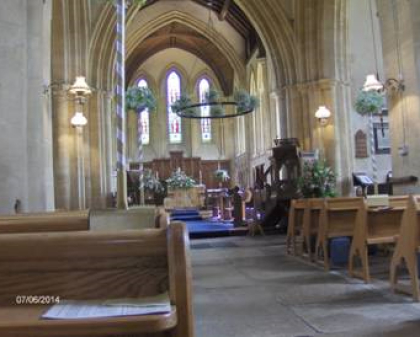 The Friends of St.Mary’s is a separate registered charity formed to raise funds for improvements to the church from a wider community than the village itself.

The Friends have raised money over the years by hosting Sunday lunches during the winter months and arranging for concerts in the church or the Thomas Hughes Memorial Hall.   They have funded the conversion of the former choir vestry into a toilet and kitchenette, provided a CD player and a complete CD box set of hymns for use when our organist is unavailable, and the restoration of ancient bibles, dedicated in 2011 and now on display in the Baulking Aisle (the north transept).

More recently The Friends have funded improvements to lighting and heating in the church, and the installation of an electric hoist for the candelabra in the crossing.

The project to restore and refurbish the priest's room over the main porch was finally completed in the summer of 2017 after many years of fund-raising activities by The Friends - popular Sunday lunches in the village hall during the winter months and concerts in the church over a 10 year period.  Apart from re-roofing the porch, the project involved some imaginative re-structuring of the access to the room via the organ loft but leaving the original incomplete semi-derelict spiral stairway intact and visible through a glass floor. The room is now fully insulated and electric lighting and power sockets have been installed. The restoration work was undertaken by local craftsmen and officially opened by the Archdeacon of Dorchester in October 2017. The room is used primarily as a meeting room and is available for use by other organisations in the parish on request.

The clock originally was installed in 1910 but broke down at the end of August 2022. This early 13th century church with its octagonal tower needs our help! The latest project (November 2022) is to restore the clock which has ceased to chime correctly! If you would lik eto donate please do so through JustGiving. 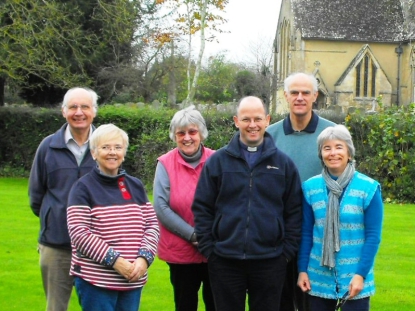 Maps, historical and architectural information about the church.

The benefice website www.uffingtonbenefice.com has details of all services, the Weekly Sheet as well as links to the the Zoom and YouTube Livestreams.