The Parish Council owns 7 parcels of land which are registered with the Land Registry:

The are shown on the map below 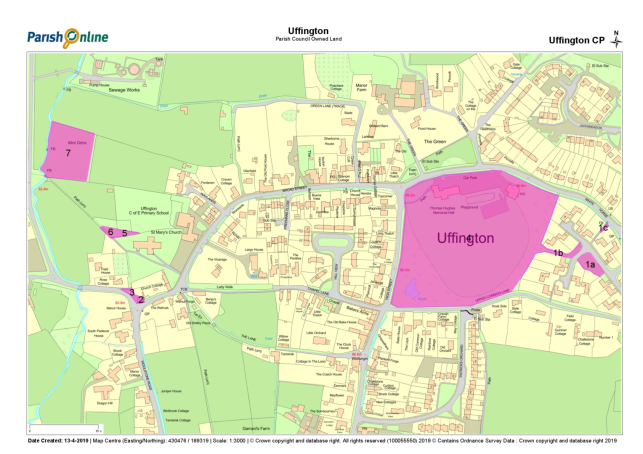